Idea Spice worked as a place branding consultant for Virtuous Retail. With the VR Team’s design conceptualisation we delivered a comprehensive signage and place-making program across their centre. The exhaustive signage and wayfinding system allowed us to craft a unique experience across their centre and also paved the way for future centre developments. VR Chennai is one of Virtuous Retail Group’s flagship centres.

The centre is built around the central premise – the co existence of old and new.

The old and new live together in harmony and sometimes in conflict. Chennai culture is distinctly different from that of any other city in India. Being a cosmopolitan city; the culture of the city reflects its diverse population which has resulted in a unique blend. 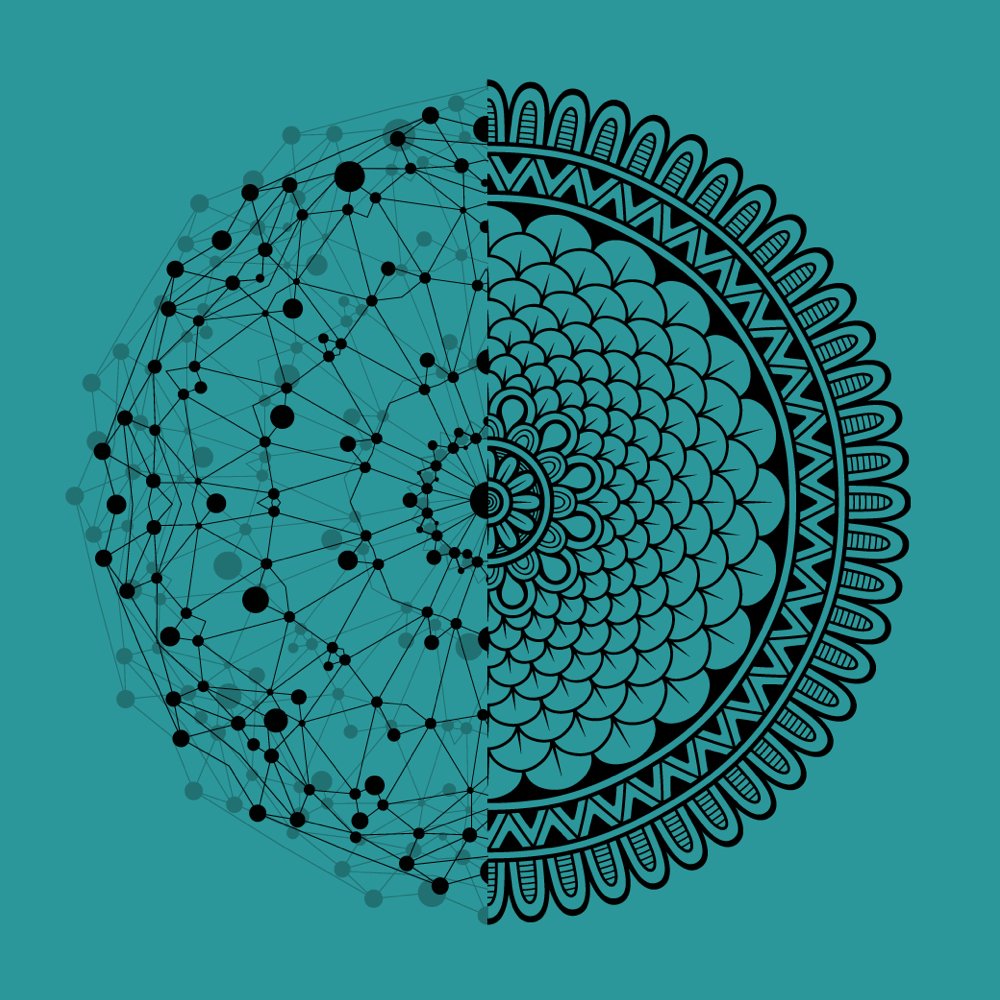 Though a modern city, it continues to be traditional and conventional in certain ways. Traditional music, dance and all other art forms of Tamil Nadu are very popular in the city. One can find a unique blend of culture from traditional foods to fast foods, from ancient temple architecture to modern high-rises and from classical music and dance to the growing nightlife in the city. 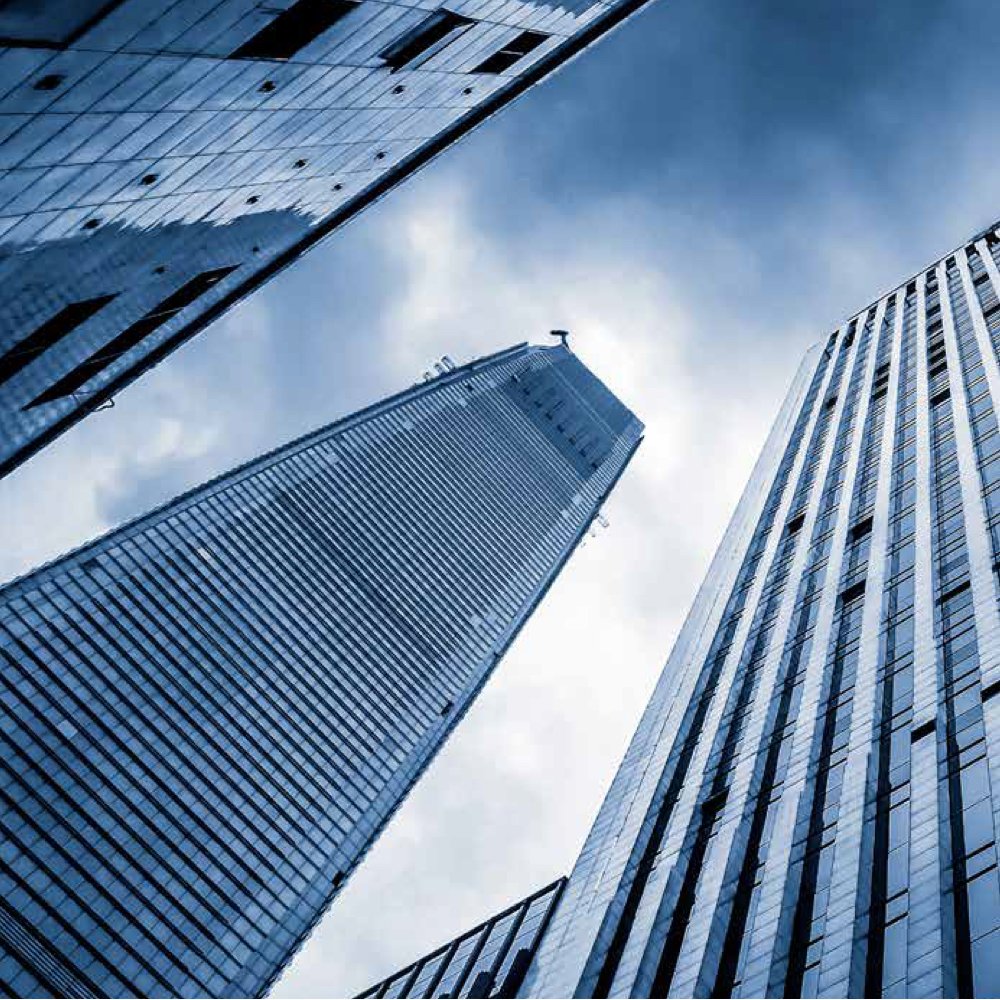 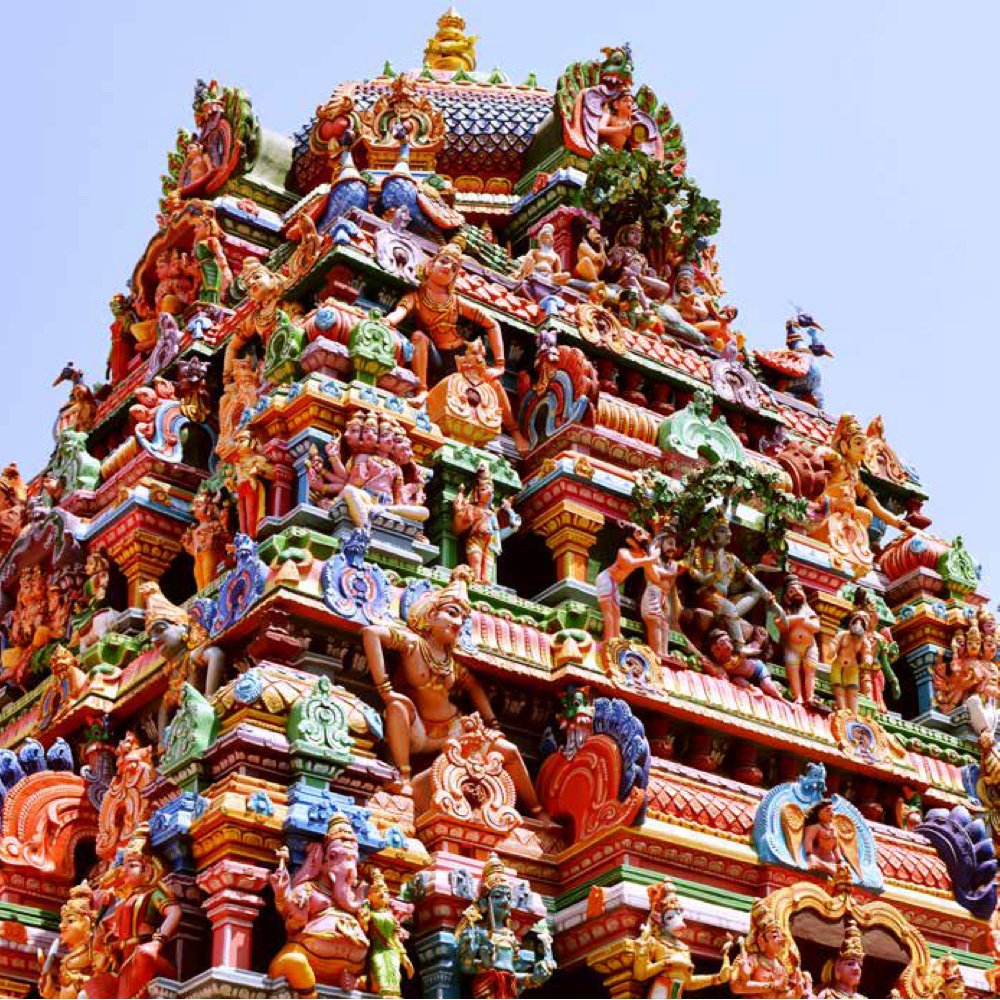 As with all VR projects – the starting point of the project becomes the social and cultural map of the city that identifies and defines the language. 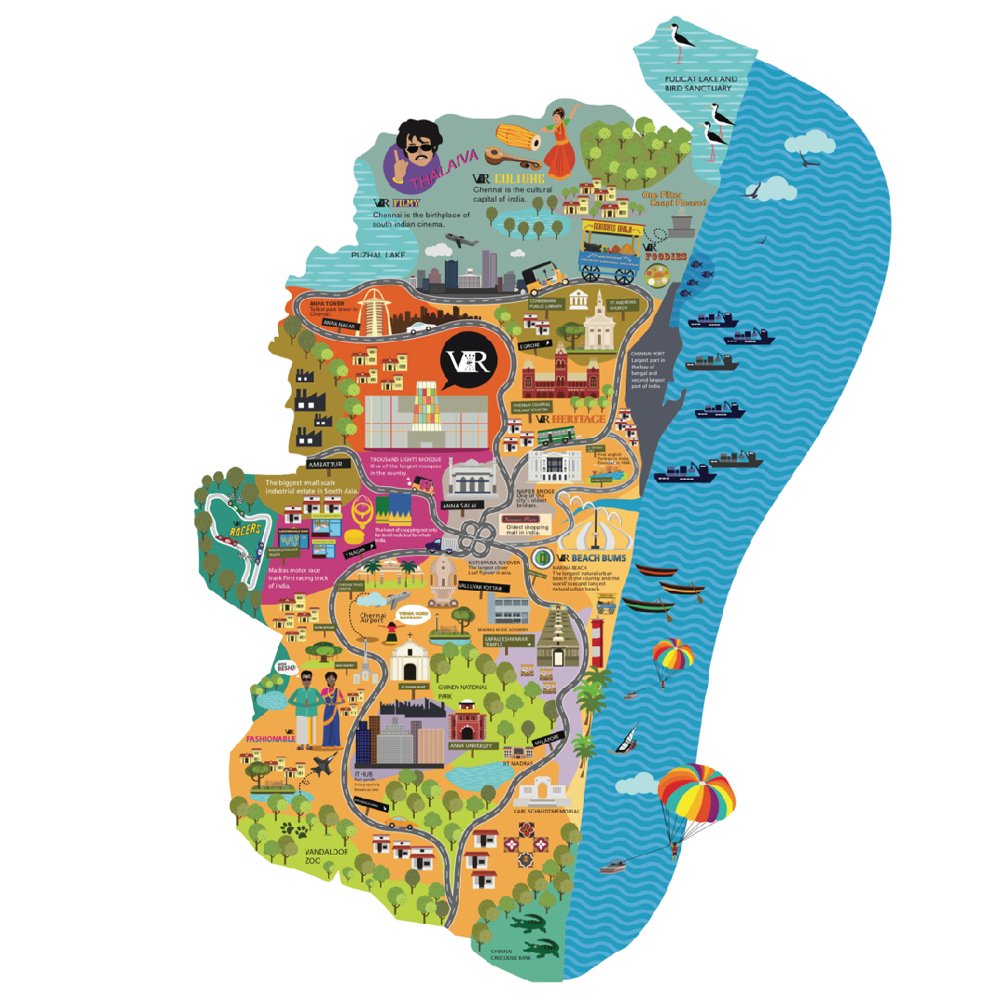 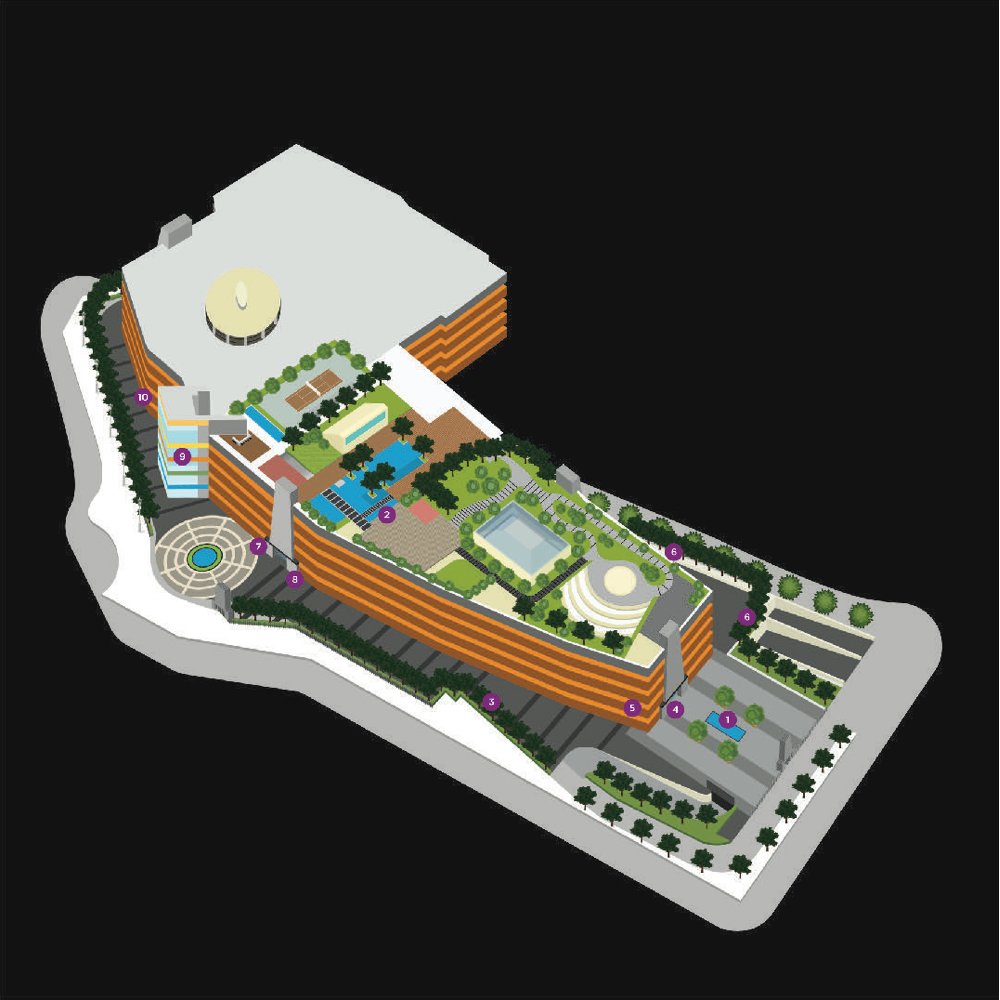 The centre mapping for VRC covered not just the various destinations but also a central theme of the Dashavataars of Vishnu that was spread across the entire centre. 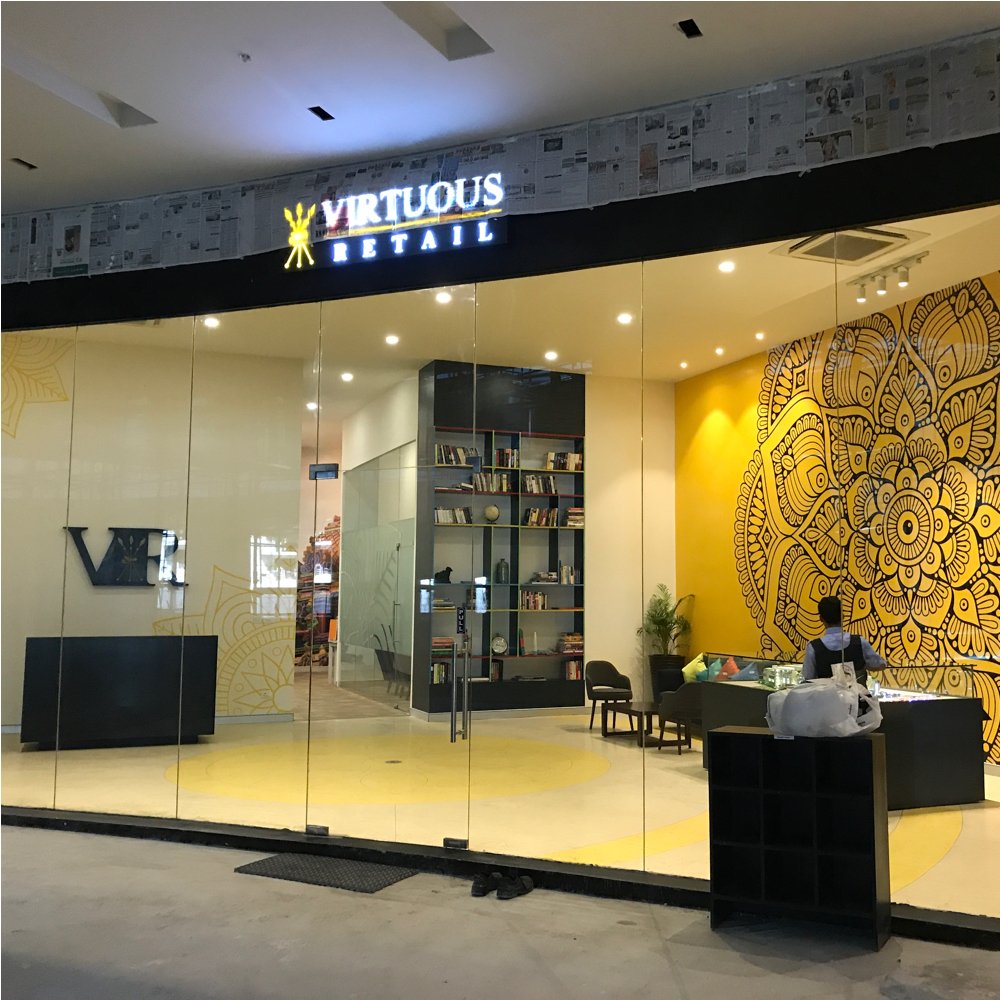 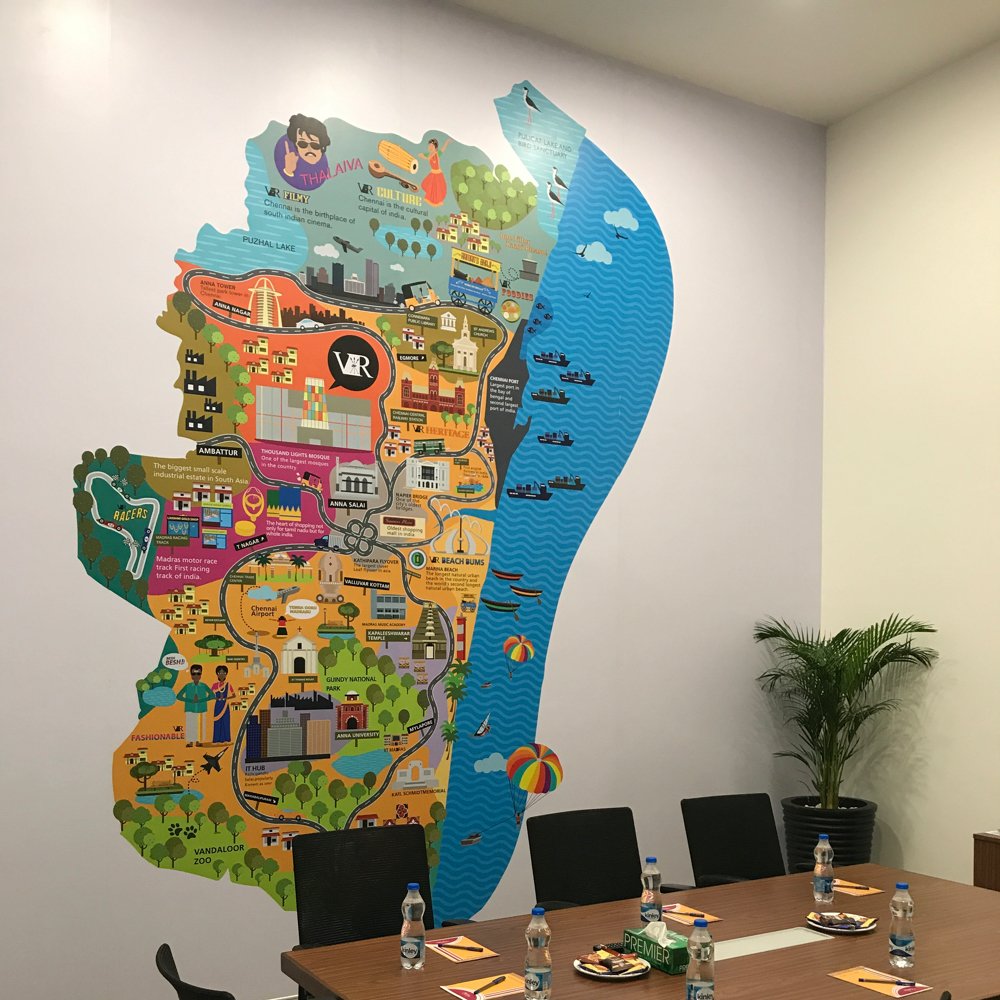 We designed the environmental graphics for the Experience Centre that brought in the vividness of Chennai through mandalas and madras check patterns.

The temple as the inspiration for the physical space/madras check patterns Traditionally temples have had an important socio cultural role and not just religious. They have been hubs where the community comes together to celebrate and the centre in a similar manner becomes a modern interpretation.

The timeline of the city in Chennai was interpreted as a stone carvings on the entrance doors. Each door depicted a specific aspect of Chennai’s history and culture.

The I love my city installation was designed as part of the branded installations for VR.

Dashavataram figurines were embellished on a metal bell installation with brass finish. The bell pays homage to the legendary forms of Lord Vishnu. Weighing over 400 kgs, the bell is suspended over 6m (18 ft.) in the double heighted atrium. 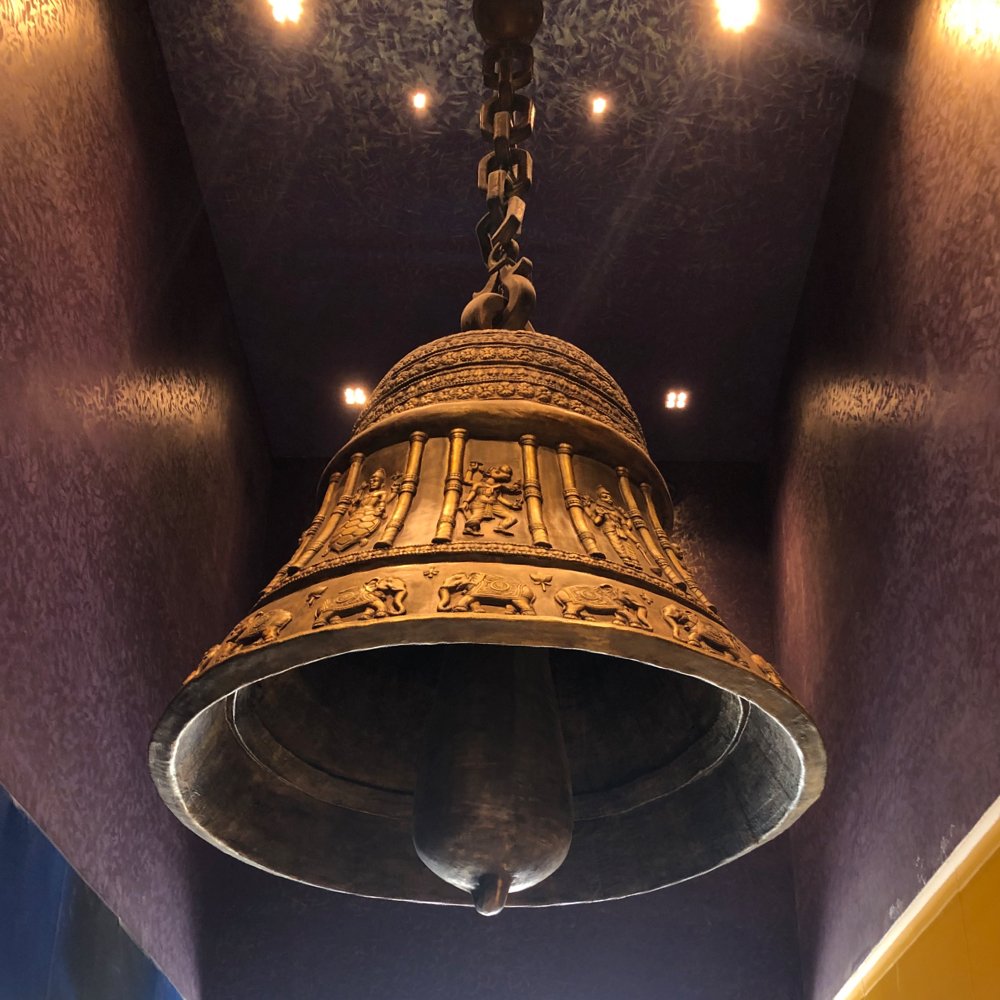 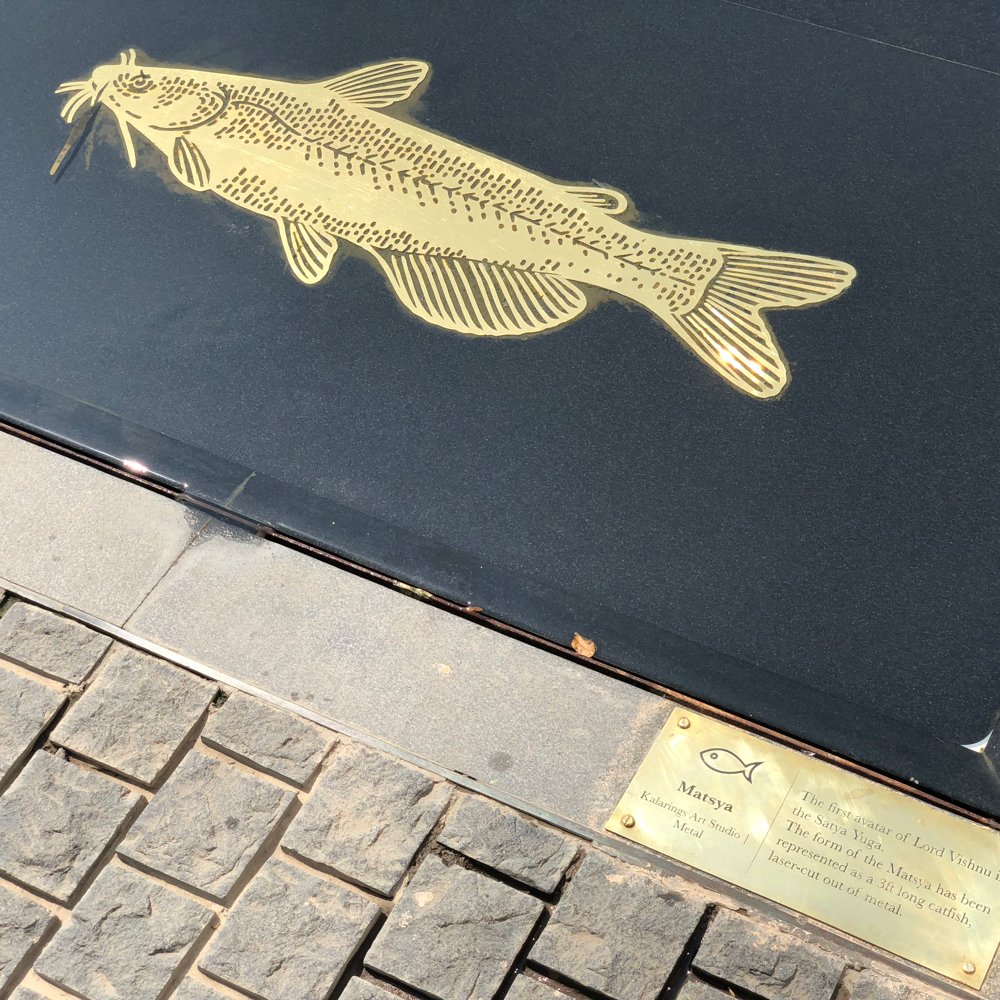 The Dashavataarams of Vishnu was one of the central narratives running through the space – each of the avatars were scattered across the centre encouraging the audience to explore the space as well. 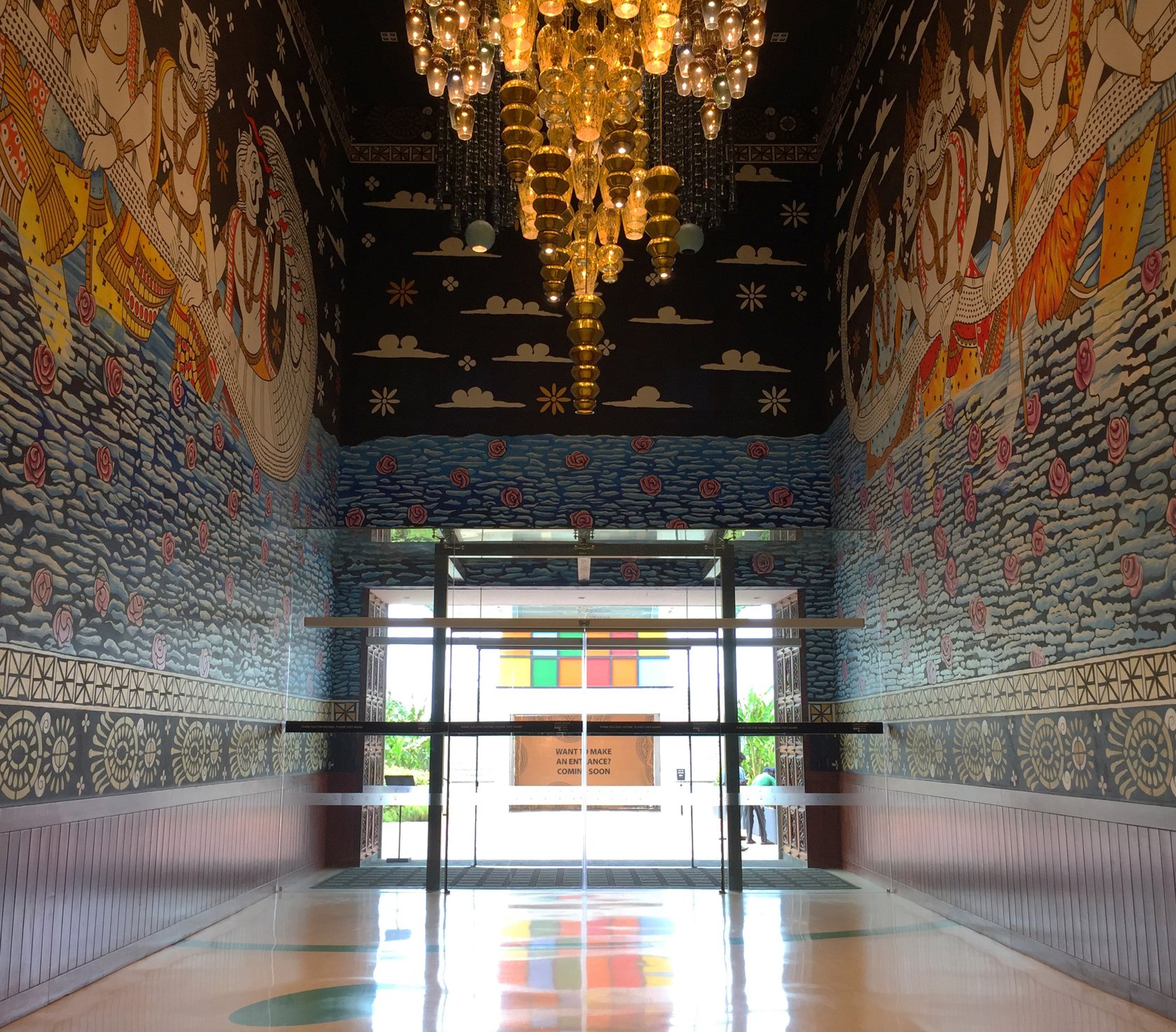 The story of the Samundramanthan was depicted as super sized wrap around mural that created a dramatic effect. 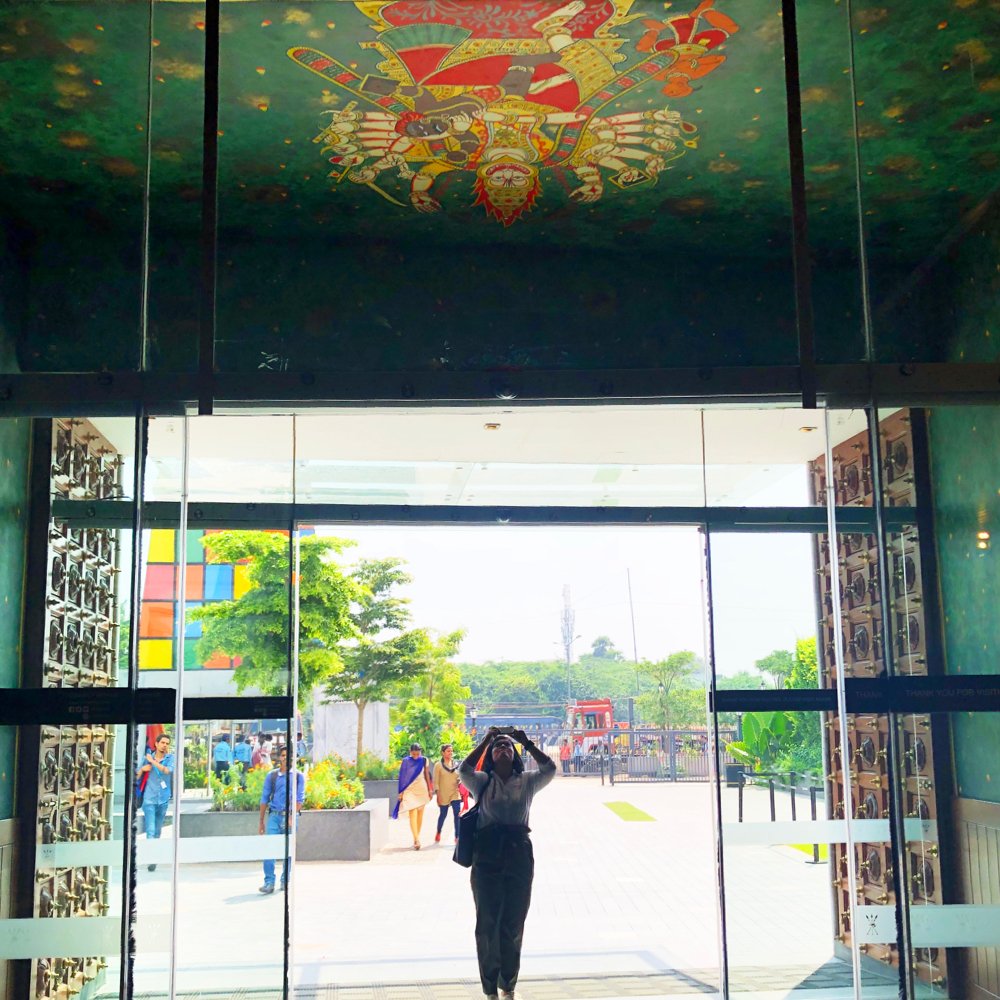 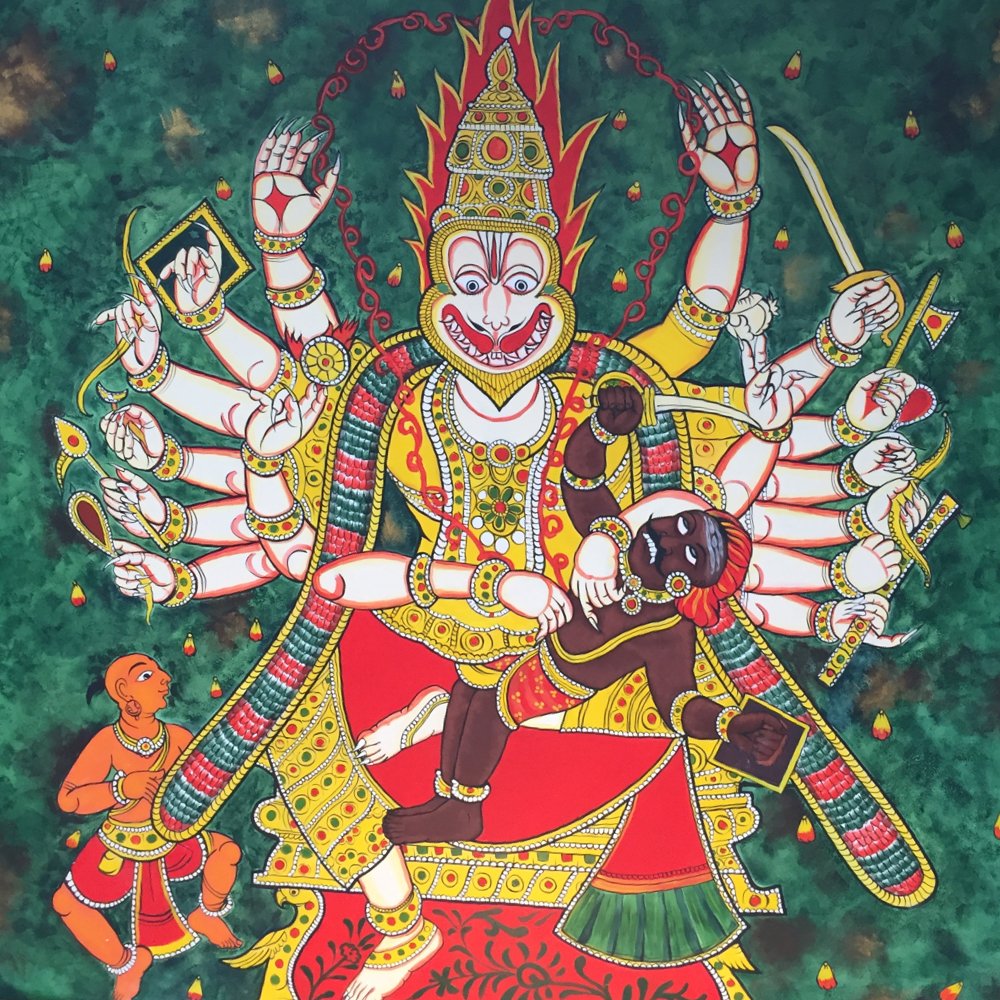 The Narsimha avatar was interpreted as a mural in one of the main entrance doorways.

FoodBox – the VR Foodcourt brand was visually extended across several individual elements such as the cash counter and environmental graphics within the space. 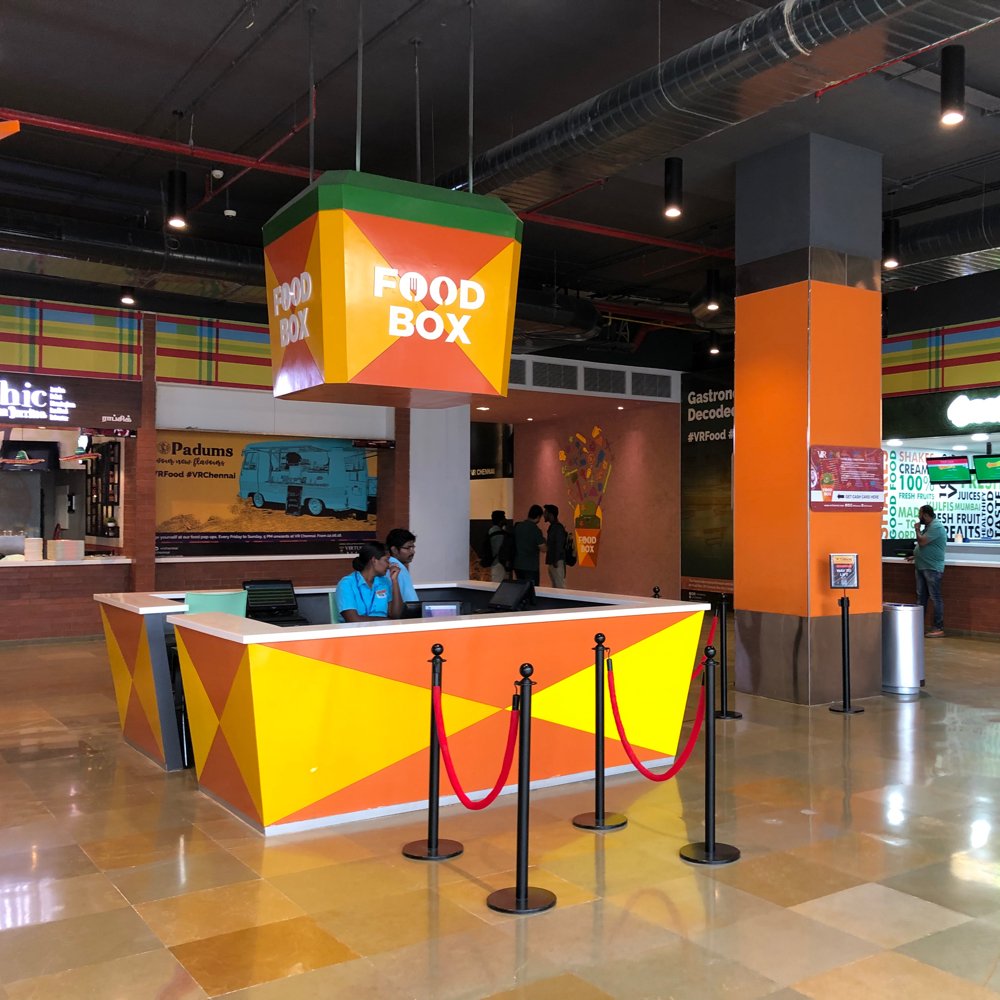 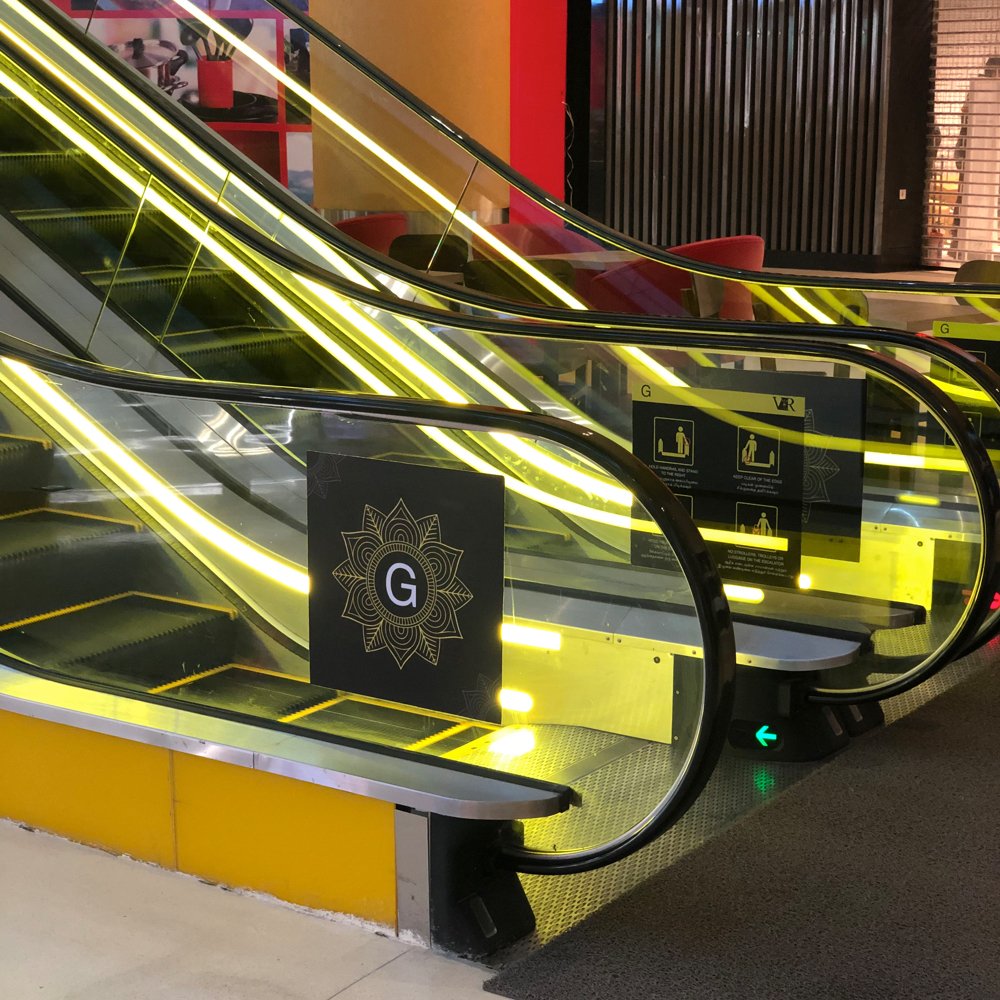 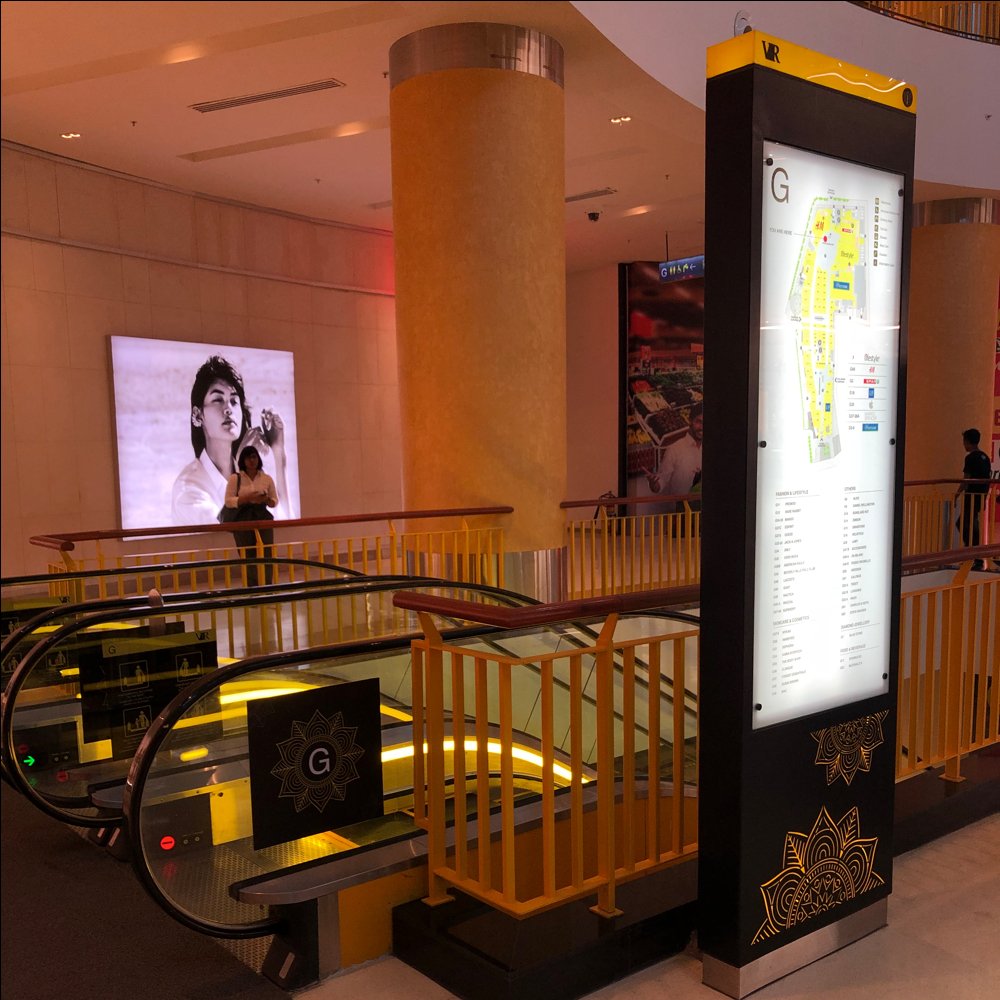 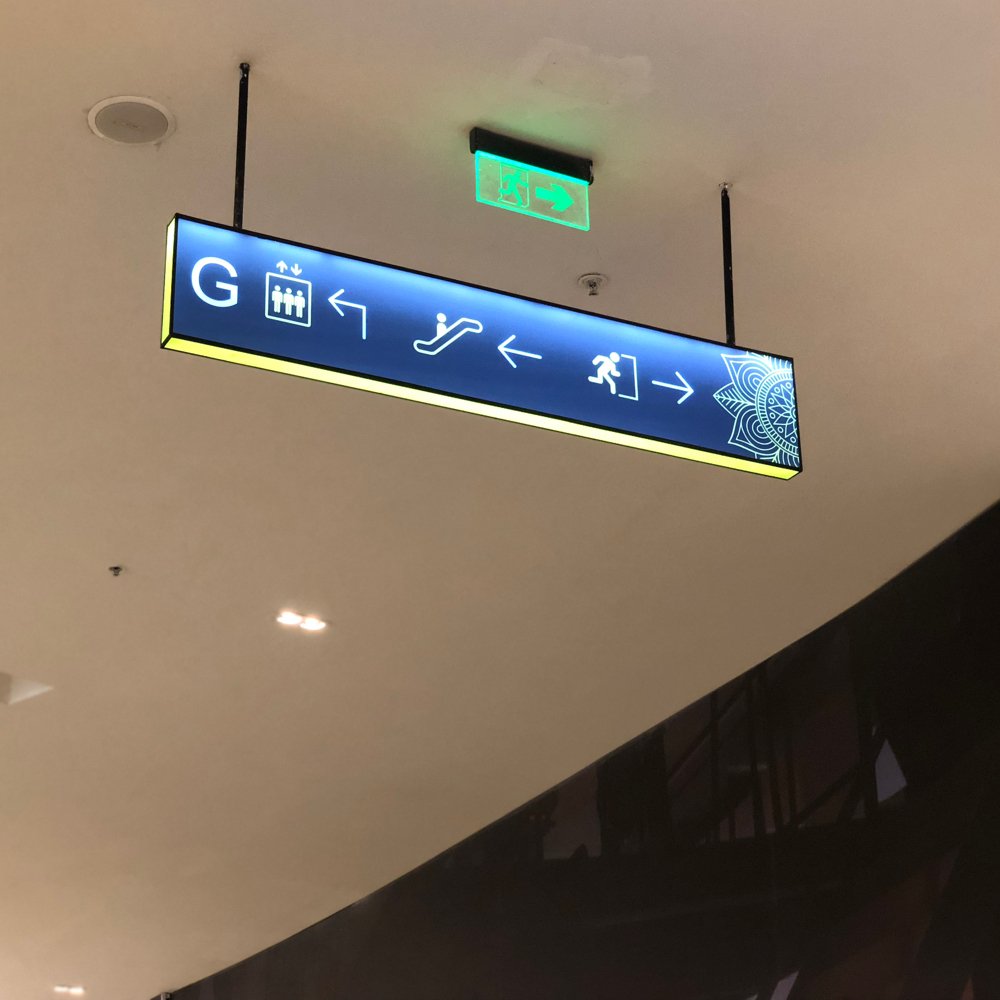 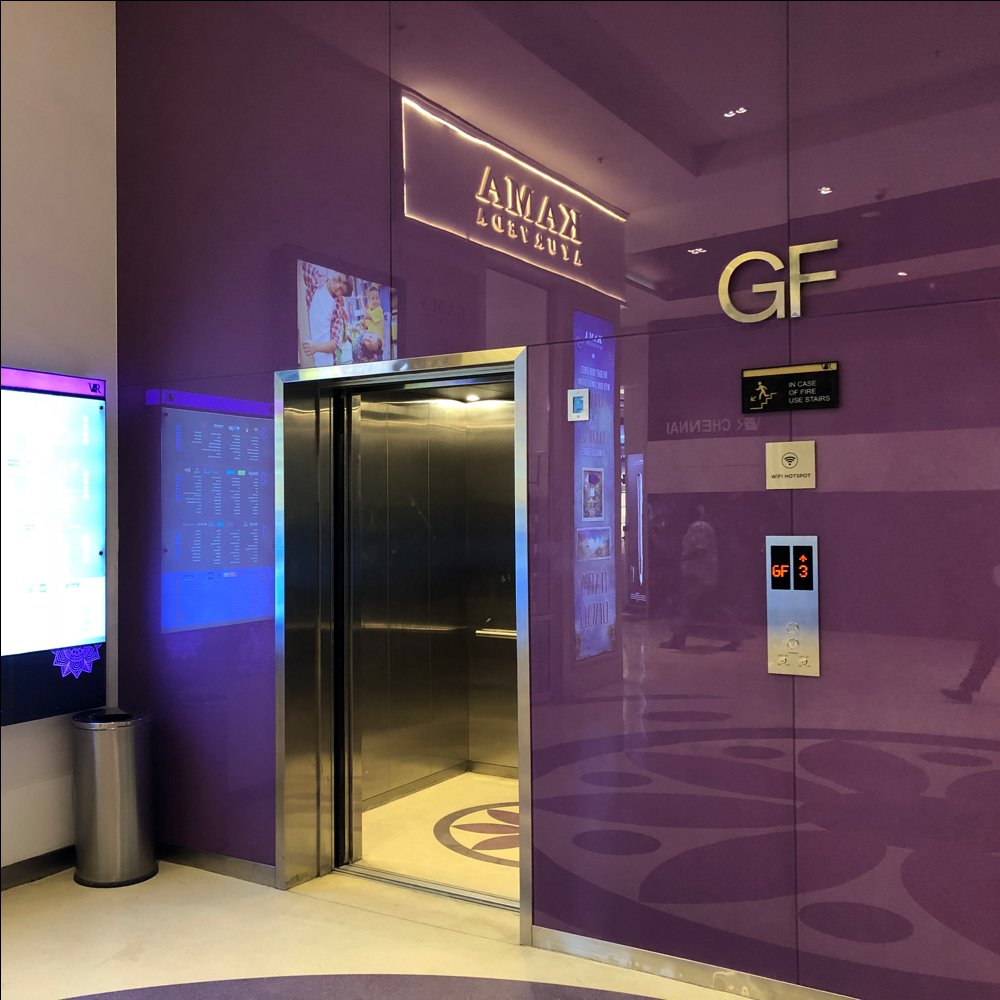 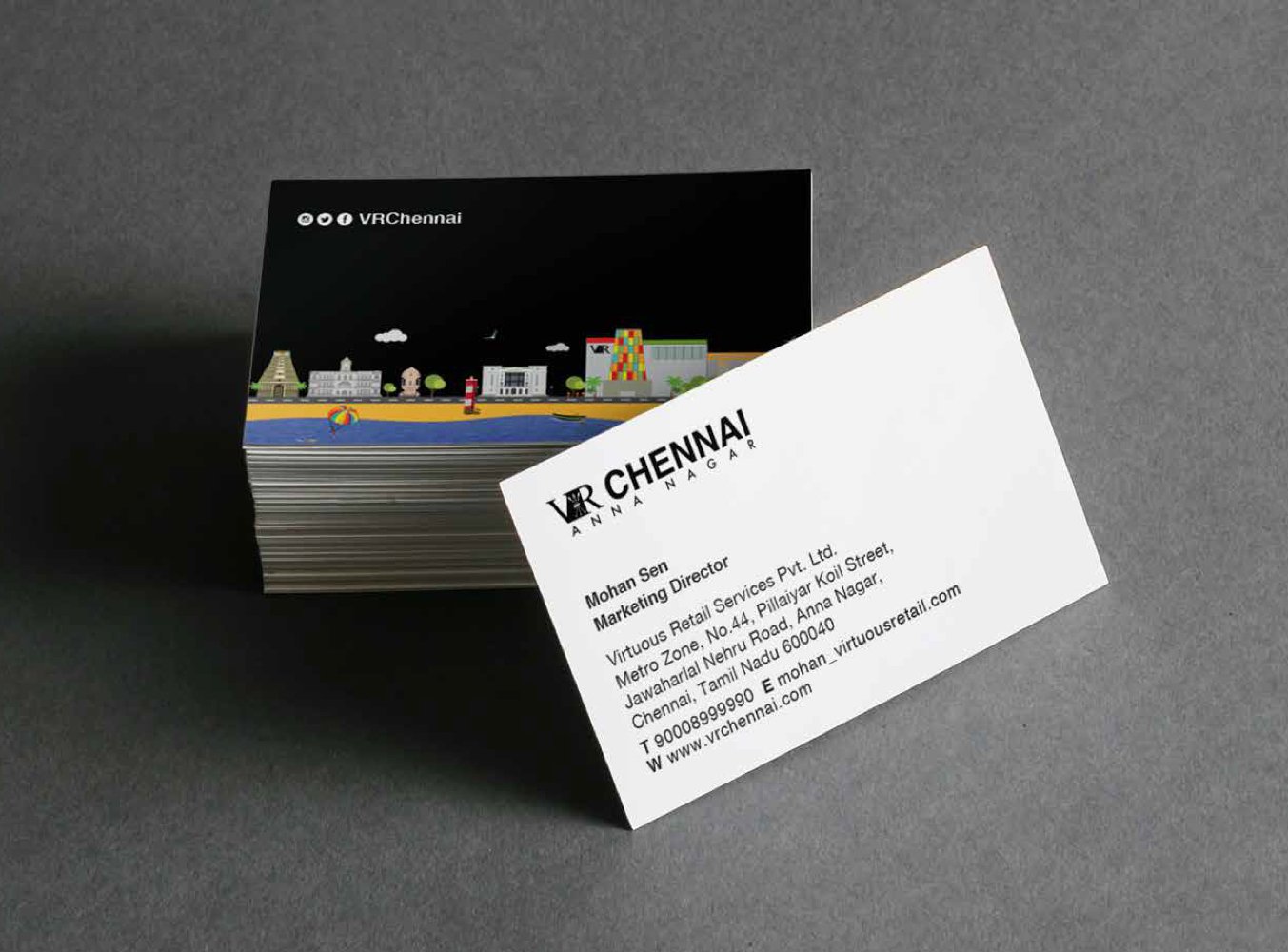 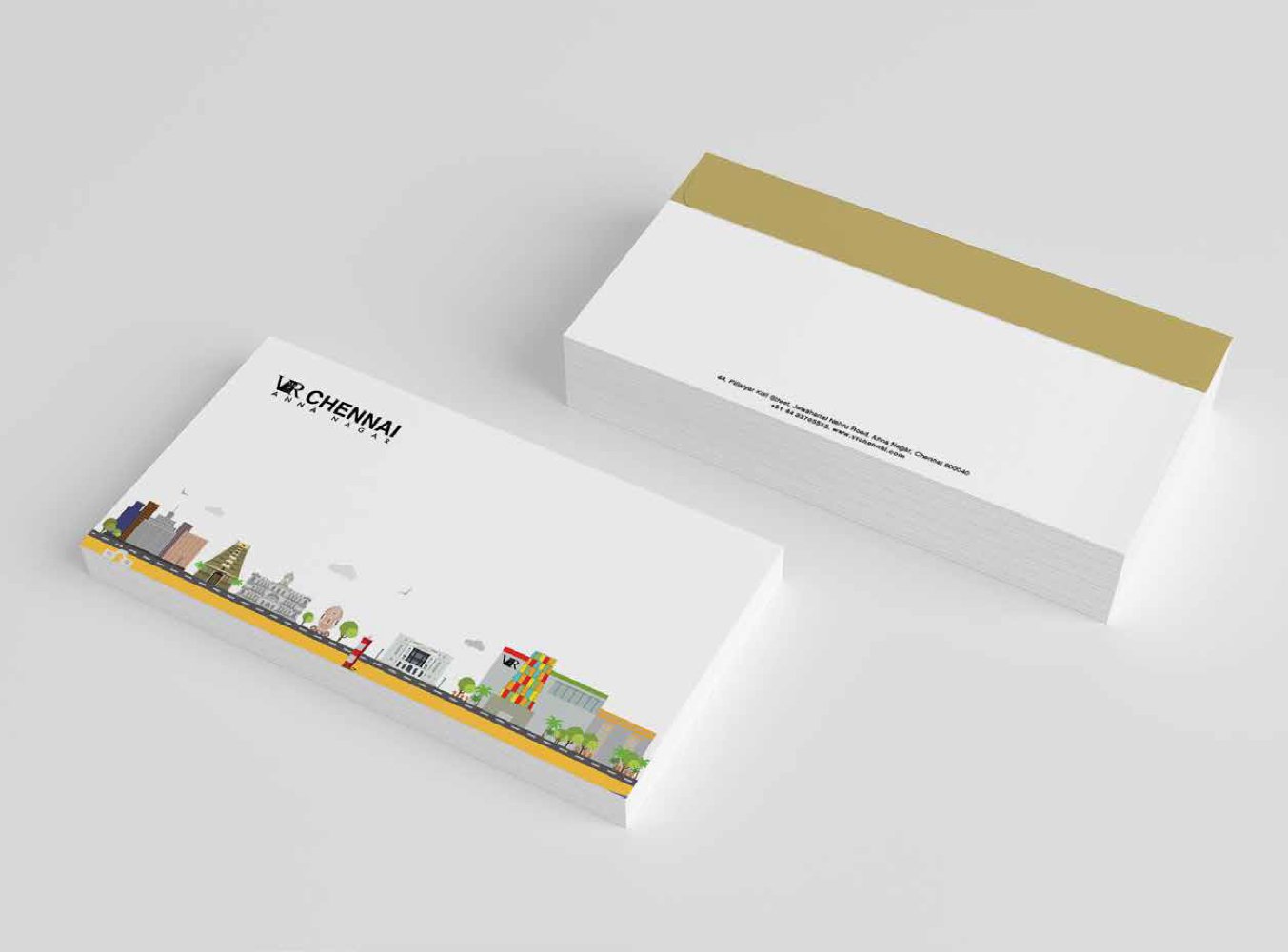 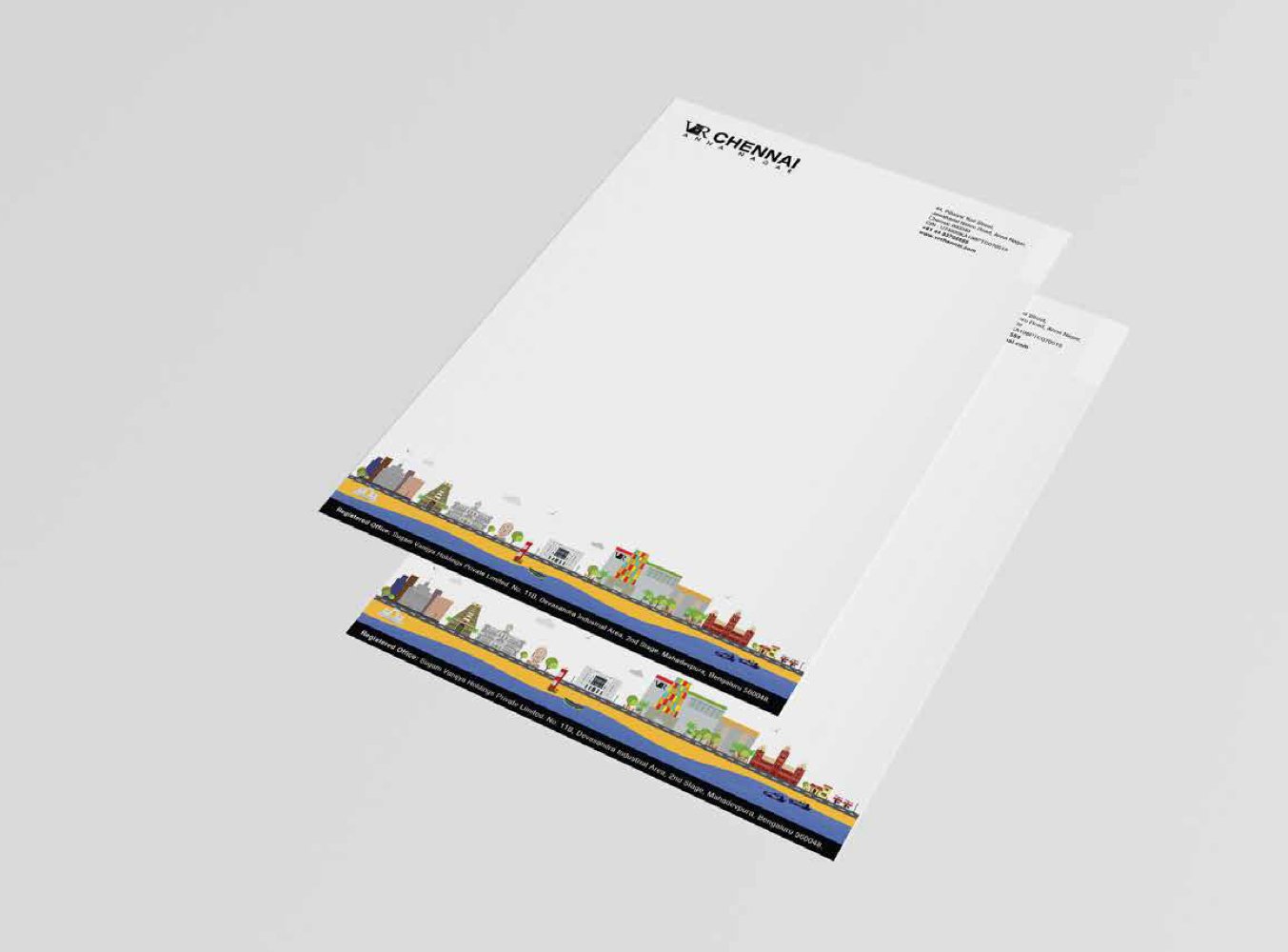 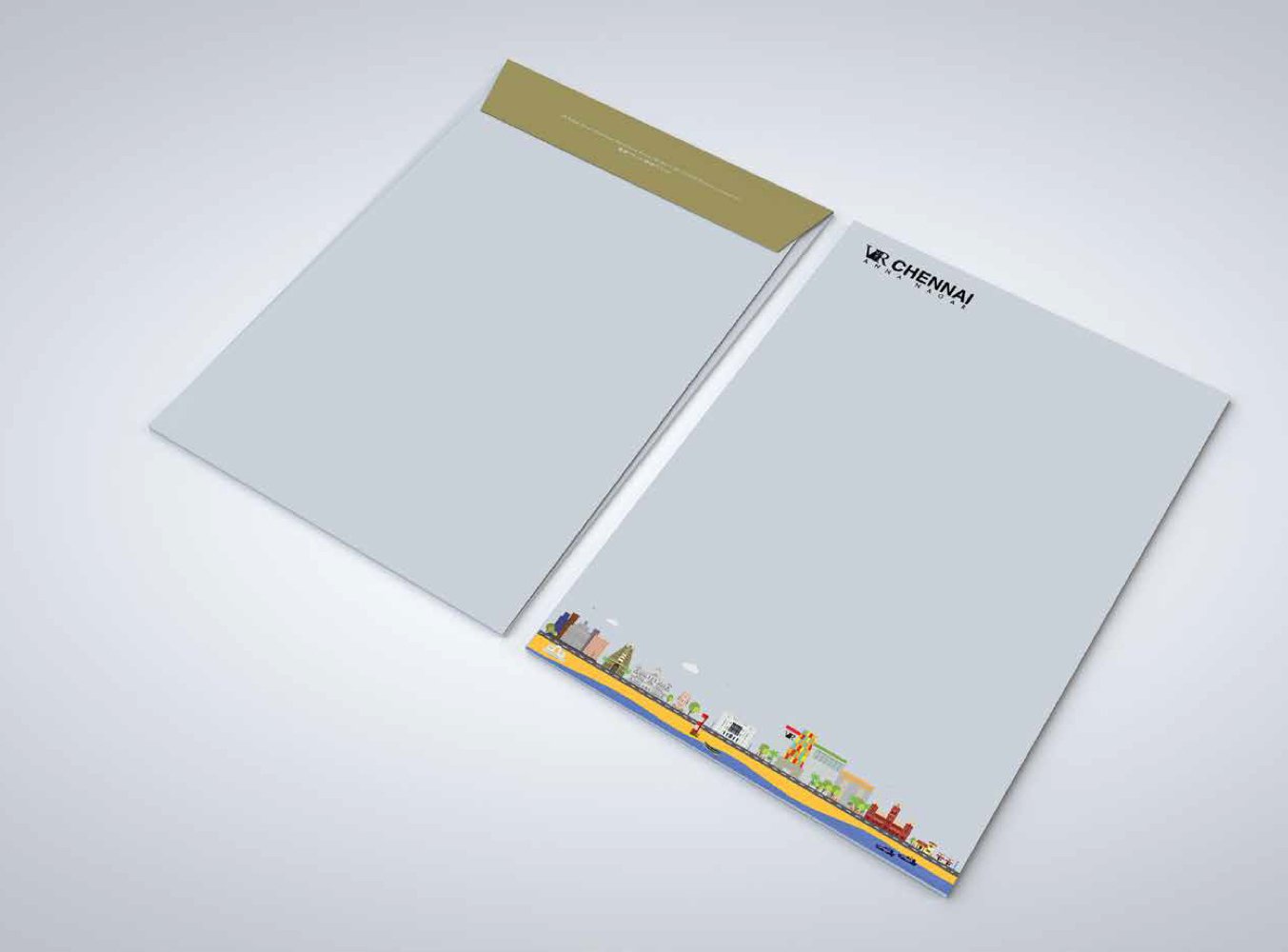 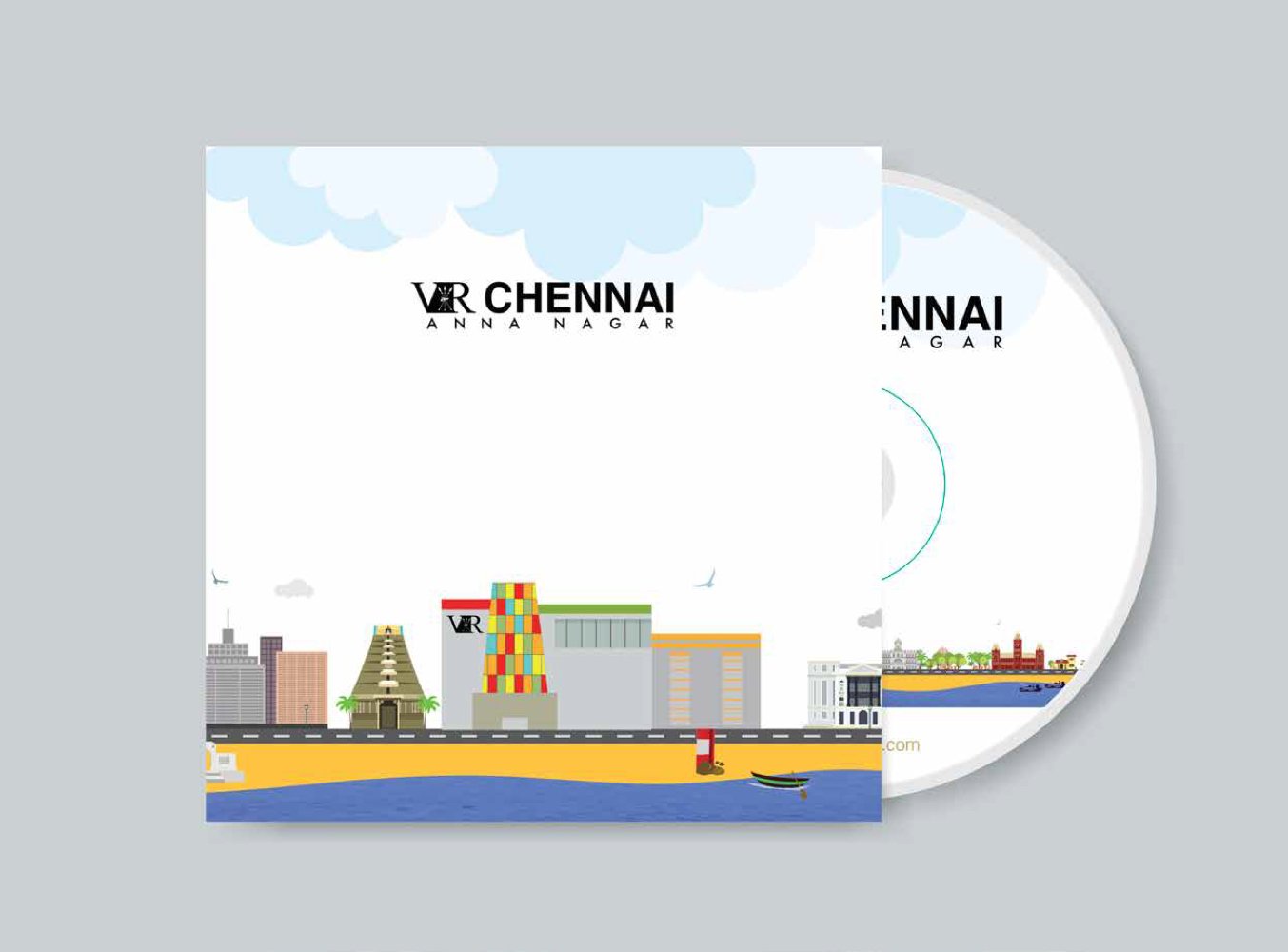 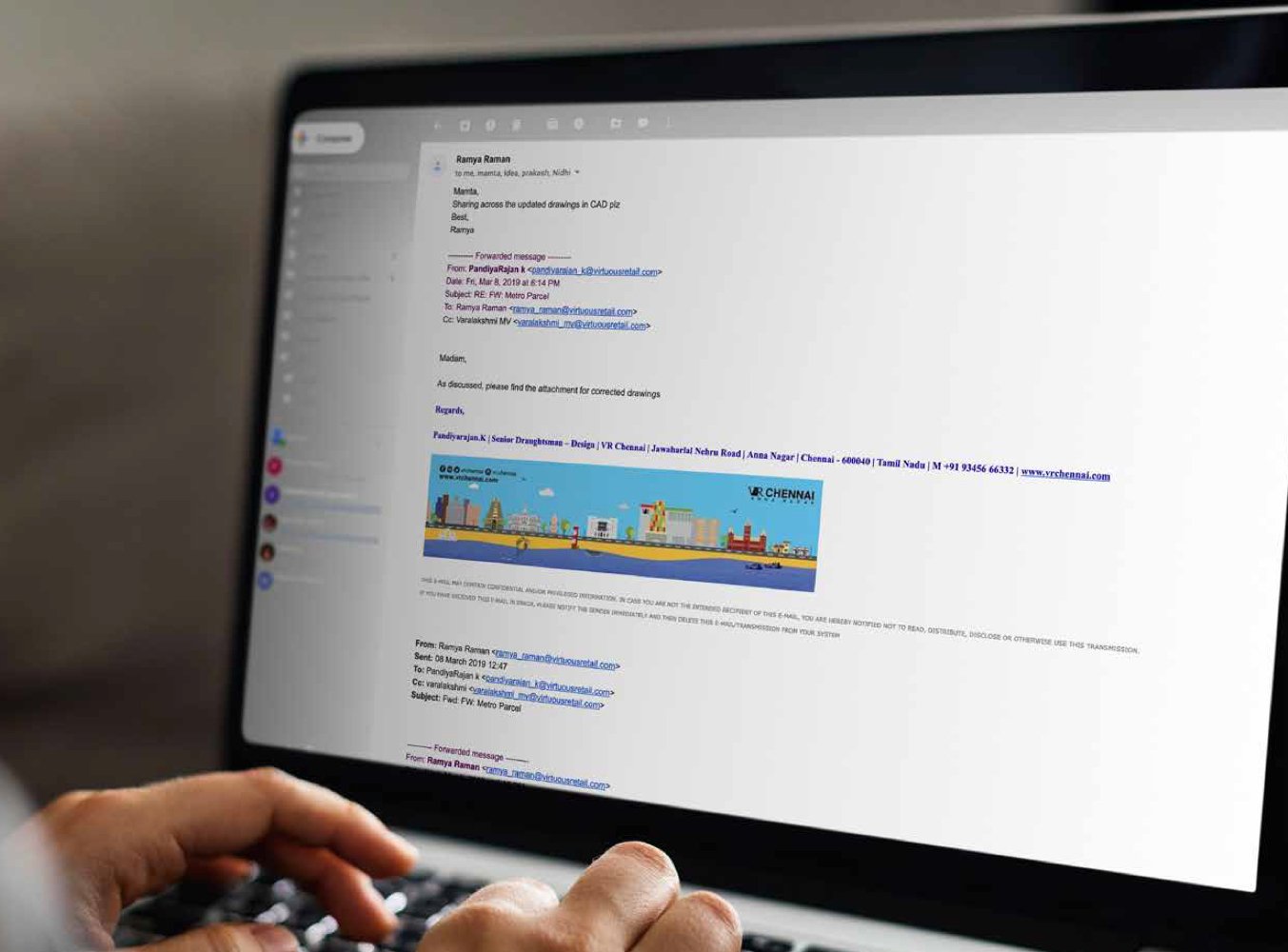 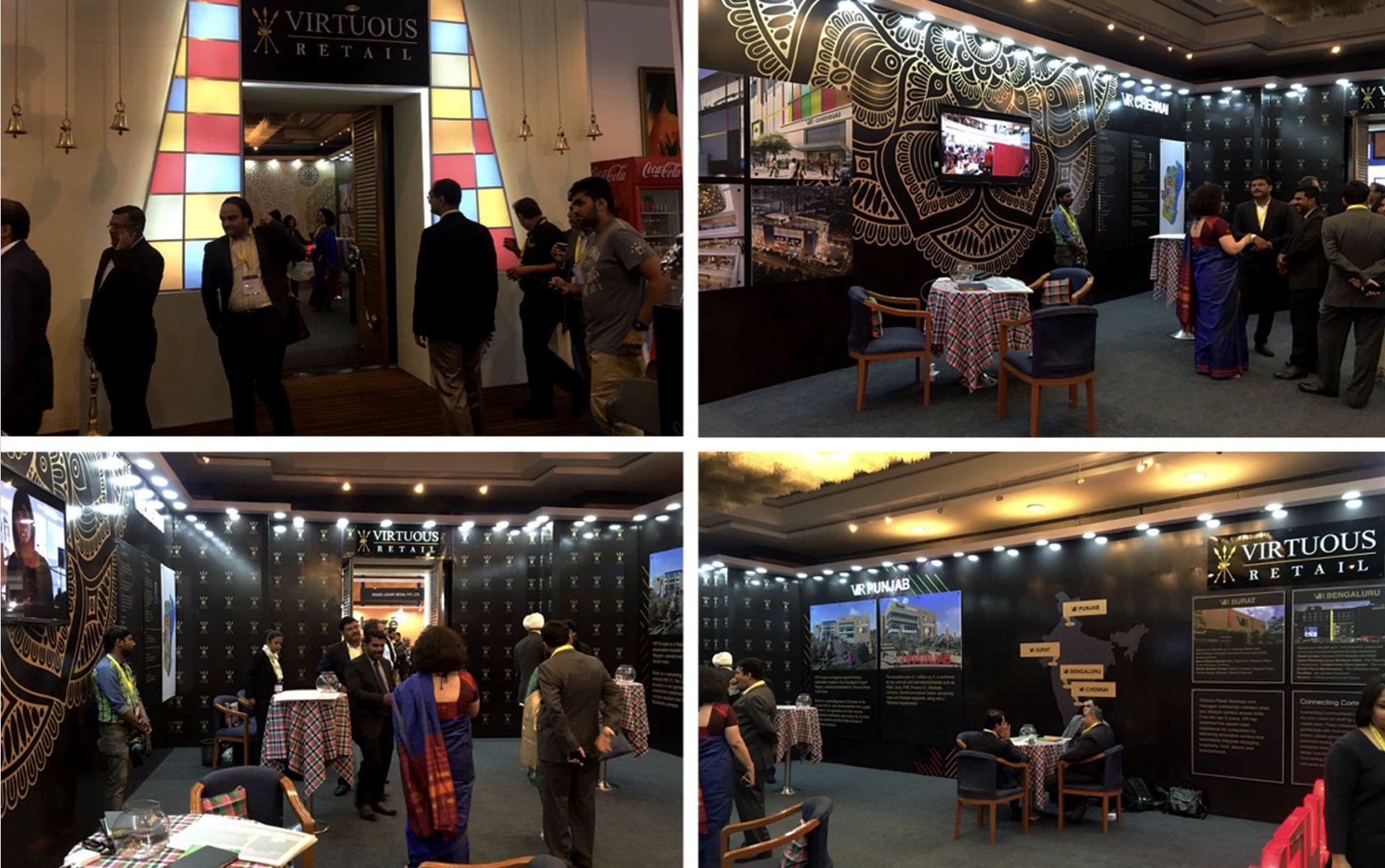 clients who saw this project also looked at